Menu
Get in touch
Menu

Poverty in the Workplace 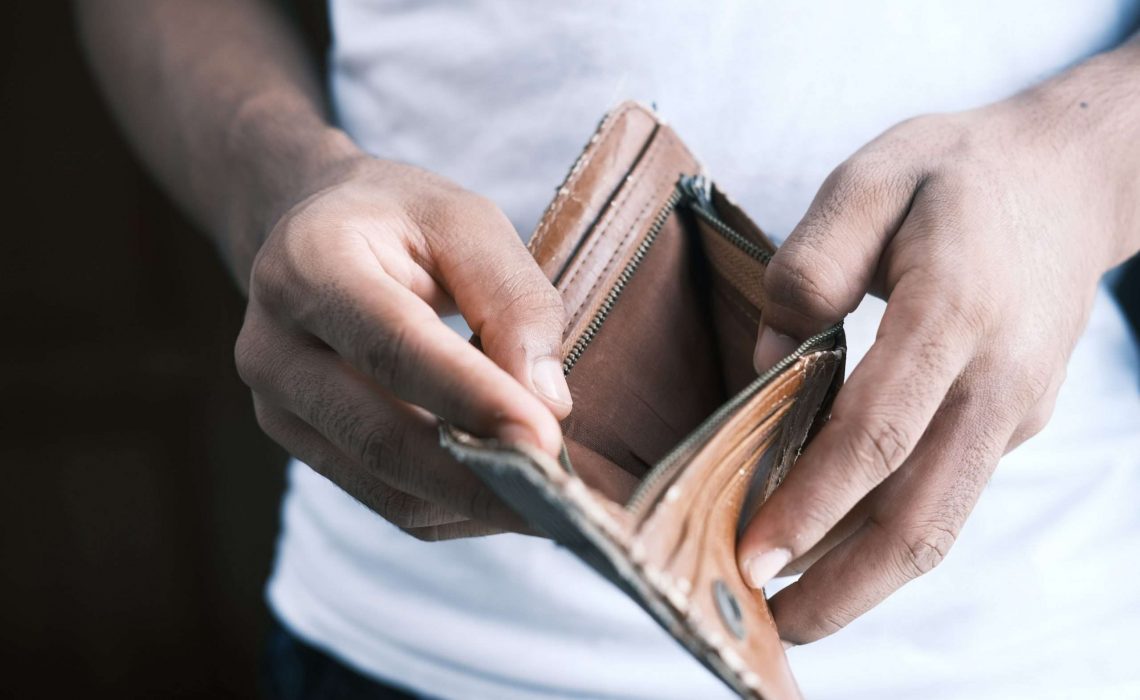 It is an unfortunate truth that poverty remains a persistent and major problem globally. We look at its potential definitions, causes, consequences and solutions.

But what defines poverty?

It can be difficult to describe poverty, owing to the relative nature of the term, and for every ten people you ask, you’re likely to receive ten different answers.

‘Merriam-Webster’ defines it as “the state of one who lacks a usual or socially acceptable amount of money or material possessions.”

In this sense, poverty can most simply be described as a lack of sufficient wealth, and generally relates to one’s inability to afford basic essentials like shelter, food and drink.

The ‘Joseph Roundtree Foundation’ (JRF) states that a little over a fifth (22%) of the population lives in poverty, with approximately 8.1 million of these people being of working age. Additionally, ‘JRF’ estimates that around 56% of people in poverty are from a working family, with at least one member of the household being in employment. Of these people, the most vulnerable are single parents, single elderly persons and people with disabilities or people living with someone with disabilities.

As is the case with its definitions, its causes are also variable. It would be fair to simply say that the single biggest cause of poverty is an imbalance between incoming revenue and outgoing expenses, whereby your revenue or pay is insufficient to cover your outgoing costs. The other most common cause of poverty is unemployment, though as mentioned, there are many factors that lead to this definition, including:

Even today with minimum wage requirements and a growing job market, too many suffer with low paying jobs and careers that lack the progression or basic security to provide a safe, sustainable income.

For many, this lack of progression into better paying roles sustains the environment for poverty to thrive, and limits the opportunities to escape it. In this sense, the reason poverty remains such a critical issue for many is its inescapability.

Part of the reason that many find it difficult to progress past entry-level positions, or to even get them to begin with, is due to a lack of sufficient education and/or training. For an abundance of reasons, some start from a disadvantaged position as they don’t have the required qualifications. This is a particular struggle for the younger generation, who can’t afford to live with student debt and those who don’t have the same access to education.

It’s also important to note that too many people are still victims to discrimination or abuse, with these external factors oftentimes having potentially massive impacts on one’s wealth or basic living.

Too many fall victim to addictions and dependencies, while others enjoy thriving social lives and hobbies. What you spend your money on after the essentials will have a massive role to play in your remaining wealth.

With the last few years and the existence and persistence of Brexit, Covid and global conflict, inflation has been slowly creeping up before hitting a large rise taking effect in April 2022. This has led to rising costs across the board, with the most essential costs (such as housing, utilities and automotive) being some of the hardest hit.

Whether caused by disability, illness or other extenuating circumstances, those unable to work are some of the hardest hit by poverty.

What are the consequences of poverty?

As previously mentioned, one of the most difficult to manage factors of poverty is how difficult it can be to escape. Once the cycle of poverty has been created, it sustains itself by simple existence, owing to debt and people’s lack of ability to afford to escape.

Simply not having money is an issue in and of itself, however not having the required funds for specific reasons can be where it gets problematic. For example:

The inability to afford transport or being able to maintain the required costs of working (for travel etc.) are other factors that are both affective, and often lead to the continuation of poverty.

Money can directly shape the way you grow and develop, and we now know how insufficient diets and eating habits can directly influence the way your body functions. This may lead to sickness absences, a lack of motivation to work, or poor performance at work.

Simply put, the problem of poverty for the majority can be boiled down to not having enough money, and regardless of the exact causes or consequences, poverty creates a vicious cycle that many find inescapable. It’s important to factor this in, that many simply can’t escape poverty once they find themselves affected by it, and oftentimes, it’s this cycle that keeps poverty in existence.

What are the solutions to poverty in the workplace?

Treating and solving poverty are the most difficult aspects of it, as most people understand what poverty means and how it affects, but seemingly few understand how to, at least attempt to, solve it. Oftentimes, this difficulty stems from poverty’s relative nature, and the fact that it affects everyone slightly differently. What works for one, may be the other’s detriment. It’s important to remember and understand this, as too many seek a cure-all solution that will fix the problem without having to continue to work on it. Having said that, there are plenty of factors that can be changed or implemented to at least attempt to tackle poverty.

From the offset, guaranteeing a rich and plentiful job market ensures the opportunities are there for people to get jobs in the first place. After this, it’s vital that employers are offering, at least, minimum wage/living wage as necessary and are paying their employees correctly. Not doing so is not only immoral, but illegal, however remains a persistent cause of poverty.

After ensuring the jobs and fair pay are available, the next factor to look at is costs relative to pay, as one of the main underlying reasons for modern poverty is the inequality between rising costs and inflation and minimum wage increases. While minimum wage increases occasionally and in reasonably small percentages, the cost of living is continuously and continually rising by large portions, with recent inflation set to be the biggest increase for a little while, hitting already strapped pockets.

Generally speaking, in order to combat poverty in the workplace, you need to have policies & procedures in place that are regularly monitored and edited as necessary. Oftentimes, simple solutions that are actually implemented rather than complicated ideas that are simply suggested, can be the difference between escaping and continuing poverty. In this sense, it’s fair to say that what is mostly required to combat poverty is conscious intentional effort.

Interested in what we do? Get the latest Pod news delivered to your inbox.

© 2020 Peas in a Pod Consulting. All Rights Reserved. Website by Goldfinch Marketing.

This website uses cookies to improve your experience while you navigate through the website. Out of these cookies, the cookies that are categorized as necessary are stored on your browser as they are essential for the working of basic functionalities of the website. We also use third-party cookies that help us analyze and understand how you use this website. These cookies will be stored in your browser only with your consent. You also have the option to opt-out of these cookies. But opting out of some of these cookies may have an effect on your browsing experience.
Necessary Always Enabled
Necessary cookies are absolutely essential for the website to function properly. This category only includes cookies that ensures basic functionalities and security features of the website. These cookies do not store any personal information.
Non-necessary
Any cookies that may not be particularly necessary for the website to function and is used specifically to collect user personal data via analytics, ads, other embedded contents are termed as non-necessary cookies. It is mandatory to procure user consent prior to running these cookies on your website.
SAVE & ACCEPT